How the Pawn Shop Comp Came to Be 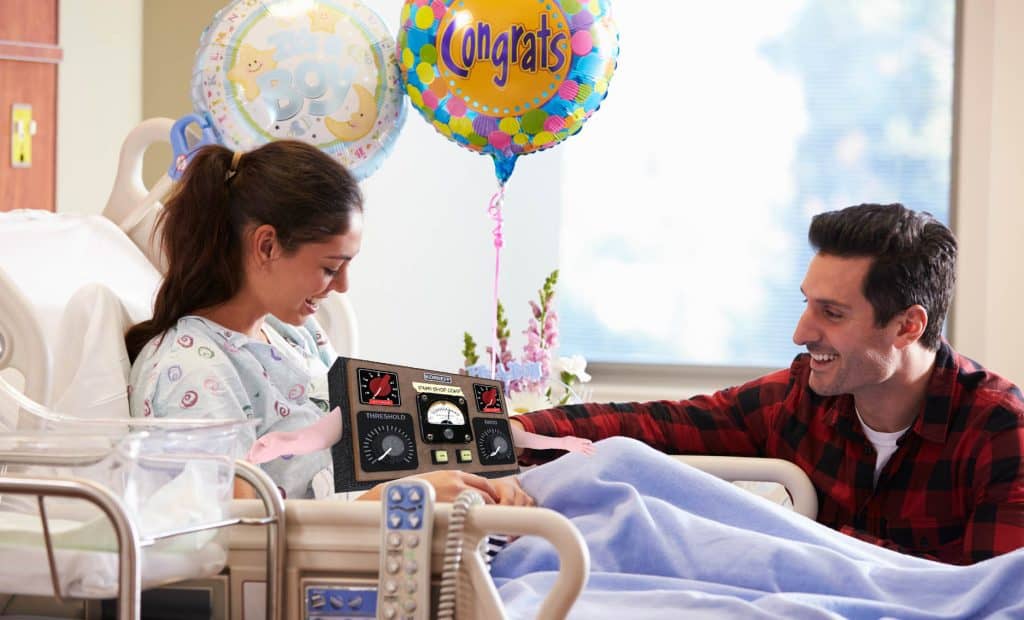 How the Pawn Shop Comp Came to Be

We’ve been getting a lot of feedback on the Pawn Shop Comp, and often people remark that it’s really versatile and does a lot more than simply compress. One user wrote, “It’s a preamp, it’s a compressor, it’s a fuzz box, it diced and slices. It’s my go-to Swiss Army Knife. What were you thinking when you made it?"
Good question.

Actually, I wasn’t really thinking when I made it.

The Pawn Shop Comp wasn’t planned out. It evolved into what it is across three years and hundreds of recording sessions.

A rack at Sonic Debris. Loads of great sounds, loads of heat!

It started out as a simple compressor. At my studio, Sonic Debris in New York, I have a bunch of vintage tube limiters - LA-2’s, Gates Sta-levels, RCA BA-2, And I love them. I love them so much I want to put them on every track. And that’s the problem. I’m recording and mixing things with 200+ tracks. How am I going to get my hands on 200+ tube limiters? How am I going to air condition the studio - can you image the heat pumped out by 200 tube limiters???
The solution was to analyze a few of my favorites, work out a bit of code, and build myself a tube compressor plugin that I could use anywhere and everywhere. So the Pawn Shop Comp was born: a simple tube style compressor with two knobs, ratio and threshold, and auto make-up gain.
But often solutions lead to other problems. I found my plugin sometimes didn’t have the punch I wanted. I added attack and release controls, but that didn’t do it.

The Guts of an LA-2a

Hardware tube compressors and digital tube compressor emulations typically use a circuit based on an Opto-Isolator. The result is a very smooth, gentle compression. When solid state compressors came out in the early 1970’s, they were built around transistors called FET’s, and these units had a more noticible compression action. These were compressors designed to impart a character to a recording, not merely keep levels under control.
So, I decided to add an FET compression circuit to my tube compressor plugin. Yow! Much better! Now I found I could get many different compressor sounds with just one plugin.

But that didn’t stop me adding features. It seemed every time I felt I was missing something on a mix, I tacked it onto the Pawn Shop Comp.

A sine wave clipping - the cause of harmonic distortion.

An old trick in the studio is to overload a channel a little bit to generate some distortion. The distortion changes the harmonic structure of the signal, adding some high end and making the sound “jump” out in the mix a little bit. Also, it sounds cool. So, I added some controls to overload the tube preamp, and while I was at it added a bias adjustment in case I wanted to completely blow the signal to hell and turn it into a distorted mess.
The tone controls... I was working on a record in a strange console and found I was adding a little bit of low end and high end to almost every channel... I just didn’t like that console. One night after a session I added tone controls to my plugin - a slight boost in the bass and a gentle rise on the top. Problem solved. On later sessions I tweaked the response curves. The result is the Pawn Shop Comp has a very musical sounding simple equalizer on it that is sometimes all a signal needs to sound great.

An ADR Compex - the sound of When The Levee Breaks

I usually mix on a vintage SSL, and the design of it makes it very easy to parallel process a signal. Things a little too much? Route the unprocessed signal to the small fader, sent it to the mix bus and “bleed” a little of it back into the mix. The mix control on the back of the Pawn Shop Comp is basically this. One of my favorite uses is to compress the hell out of the drum bus, and then use the mix control to add back in some of the high end and lighten up on the entire effect.
The Operating Level control started off as a weird experiment. Traditionally, audio gear was designed to operate at one of three nominal levels: Broadcast (+8dbV), Professsional (+4dBV) and Consumer (-10dBV). If operating levels between different pieces of gear weren't properly matched or compensated for, there could be problems, such as additional noise and hiss or ridiculously amounts of distortion. Nowadays operating level isn't really an issue, but as an assistant in big studios when I was a kid, I remember some of the bizarre sorts of sounds that would come out of a mismatched preamp or compressor... and I also remember the sudden smell of smoke as the input circuit of something got toasted.

The Operating Level Control was my attempted to replicate some of the overloads and noise without the smells and repair bills. I almost pulled this feature off the Pawn Shop Comp, but a couple of our beta testers loved some of the sounds they could get with it, so I left it in. I tend to use the Operating Level Control when a sound just isn't quite right and I'm not sure what to do with it. I guess my thinking is, "I wonder how it will sound if I blow it up?"
I added in resistor switching because my original Pawn Shop Comp circuit had a smooth, round high end that some of the beta testers described as "dull sounding." So, now you can switch it over to metal film resistors and the sound is modern and bright. Switch it to carbon resistors and the sound is warmer with a little less sparkle. 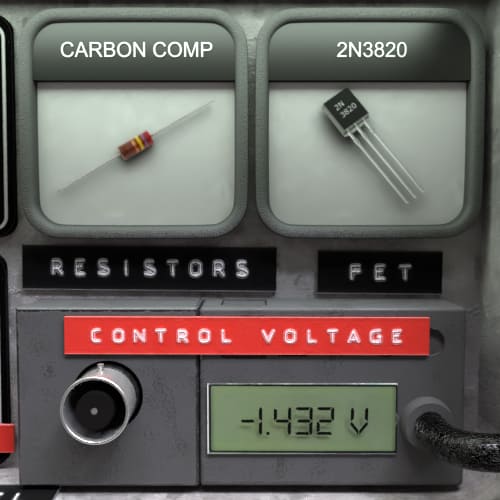 The FET switching... again, back in my days as an assistant, I remember these bizarre Roger Mayer compressors in the studio that generally sounded terrible on everything... except when they sounds simply amazing on something, and suddenly they were the best sounding compressors ever made. Later in my career I met Roger Mayer, who is a friendly and generous man, and we discussed these particular compressors at length. The FET switch basically gives you the choice of an 1176 sounding compressor response curve, or a Roger Mayer sounding response curve. The end result, though, is unpredictable, and a lot of it depends on how hard you compress the signal, just like the original Roger Mayer compressor I have such fond memories of using.

The last thing I added to the Pawn Shop Comp was the Input and Output Controls, which are really trim controls that let you compensate for signal strength and gain changes. I suppose these controls are a bit of a throwback to my days in the big studio when getting everything properly gain staged was critical. They are useful in getting things clean in the signal flow.
The Voltage Indicator is a bit of eye candy. If you take apart a hardware compressor and run signals through it, you want to be able to measure the control voltages so you can properly tweak the circuit. On the Pawn Shop Comp, when you're "in the back" and adjusting things, the Voltage Indicator lets you see when the compressor is active and by how much.

So, that is the story of how the Pawn Shop Comp evolved from a simple, one-shot compressor plugin to what is arguably one of the most versatile and adjustable vintage compressor emulations on the market. Three years of tweaks and refinements are stuffed into one compressor that many users find the first plugin they reach for when making a record. I hope you find it useful, and a bit magical, as well.