Here’s a different way of thinking about how to get something to “sit” correctly in a mix: Is it poking through? Does it need to hang around longer?
Luke DeLalio 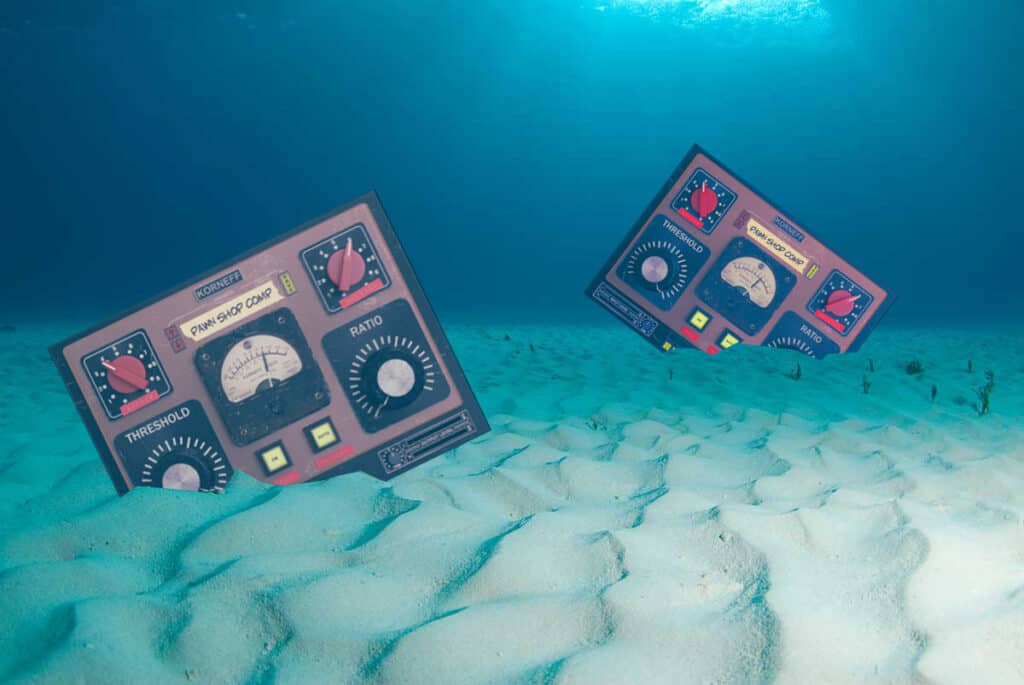 I received an email from JC, who wanted some sort of exercise to work on some of the concepts from last few weeks’ posts on Distortion and Saturation and all that. And I thought this was a pretty good idea. So, today’s post has an exercise and a video, but I’m going to start off with a way of thinking about mixing that ties into the exercise and the video.

First of all, let’s not think about the elements of the mix in terms of frequency or dynamic range. Let’s think of things in terms of Hang and Poke. These were two terms I came up with when I was figuring out mixing for myself, and later were useful to teach mixing.

Hang is short of “hang time.” An instrument or a part with hang has a lot of sustain. It’s very steady state. It takes up a lot of space in a mix in terms of time. Instruments with a lot of hang are things like strings and keyboard pads, cymbals, tambourines, held vocal notes. This things “hang around” in a mix. More Hang = more detail = big.

Poke is short for “poke through” Parts with poke are short and punchie. Kicks and snares tend to have a lot of poke. Anything that is percussive has a lit of poke. Parts that come in for a split second - like a orchestra hit or a keyboard stab - these have a lot of poke.They poke through the other instruments and sounds of a mix.

Most instruments and parts have a bit of both Hang and Poke. A chugging guitar part has a lot of hang to it, especially with distortion, but there’s also the “click” of the pick and the more rhythmic component of the part, which provides Poke. A kicks drum has a lot of poke, but if it's resonant with a lot of sustain, it could also have a lot of hang to it. If we add reverb to that kick, or we’re picking up room sound from it, then that will increase hang time as well.

Some of you are thinking, “Wait, this is just a simplified acoustic envelope.” Yes. Basically, the envelope is split in two: there’s the attack portion, and then there’s everything else after the attack. And unless you’re working with synthesizers, that is typically all you really need to know - the attack, and everything else.

ADSR is too complex. Poke and Hang - just two pieces to think about.

Whichever goes up forces the other side down.

Problems at the Surface of the Mix

A mix can be thought of like the ocean. There are elements of the mix, like reverb and maybe pads, that are way down in the depths, and other stuff, like vocals and lead lines, that are floating on the surface. And things like drums and more percussive sorts of parts sort of break through the surface and go back down into the depths.

Mix as ocean. Most of the difficulties happen at the surface.

Let’s say you’re working with an element of the mix, and you just can’t get it to sit correctly. If you bring it up in the mix so that you can hear it, it seems too big, but when you pull it down a little, it seems to disappear under everything.

This is the sort of situation in which the element needs more Poke and less Hang. It needs more Poke so it will sort of punch through the density of the mix, but less Hang so it doesn’t last as long and sounds less big. This is where you use a compressor with an attack time set long enough to allow the Poke to get through, but the release set long enough so that the hang time is decreased, which pushes the resonance and whatnot down under the surface of the mix.

You can sense you have to increase Poke and Decrease Hang when the element you are working with seems too big when you think it is at the level it should be at, but when you lower it in the mix, it seems to disappear in the depths of the overall mix.

Fix its ass with more poke.

Another example: Let’s say you’re working with an element, and it seems small and lost, or lacking detail. It might sound great by itself, but when you start adding other things, it gets swallowed up. If you raise the fader it gets really loud before it sounds big or detailed. This is a situation in which the element has too much Poke and it doesn’t Hang around long enough.

This is fixed with a compressor set to a very fast attack and release, but what works even better is Saturation.

Remember that when you Saturate a signal, you’re basically clipping the signal with an infinitely fast attack and release, and this is perfect for increasing the Hang by shaving off the Poke. And this is the reason that drums sound fat on analog tape - the tape compression pushes down the Poke and brings up the Hang.

You can sense you have to increase Hang when an element vanishes in the mix, or seems to only have any presence and size when it's really loud.

I made a quick video... actually, I made a hugely long awful video that the lovely and talented Raquel edited down... and in it is an exercise that will help you to hear Poke and Hang, and also hear the subtle difference between compression caused by a compressor, and compression caused by saturation.

Go to https://korneffaudio.com/pawn-shop-comp-2-0/ and download a Pawn Shop Comp demo for this. The Pawn Shop Comp is perfect for this exercise because it has a compressor and a tube preamp that can do saturation, so you can hear both effects using one plug-in and one signal chain.

Here’s the video below: 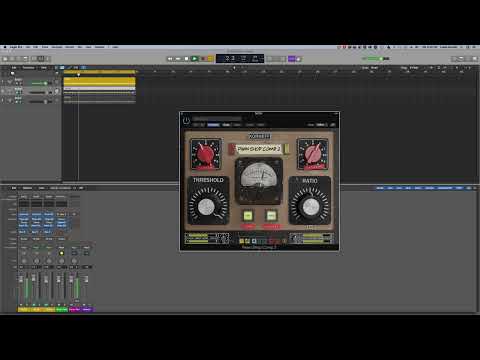 And that’s it for today. Thank you JC for the suggestion. Feel free to hit us up with questions. New plug-in in a few weeks, and some other developments!