We are talking about compressors for the next few weeks. It all starts with understanding the differences between Compressing and Limiting. Not as it is described in text books, but as it occurs in the studio.
Luke DeLalio 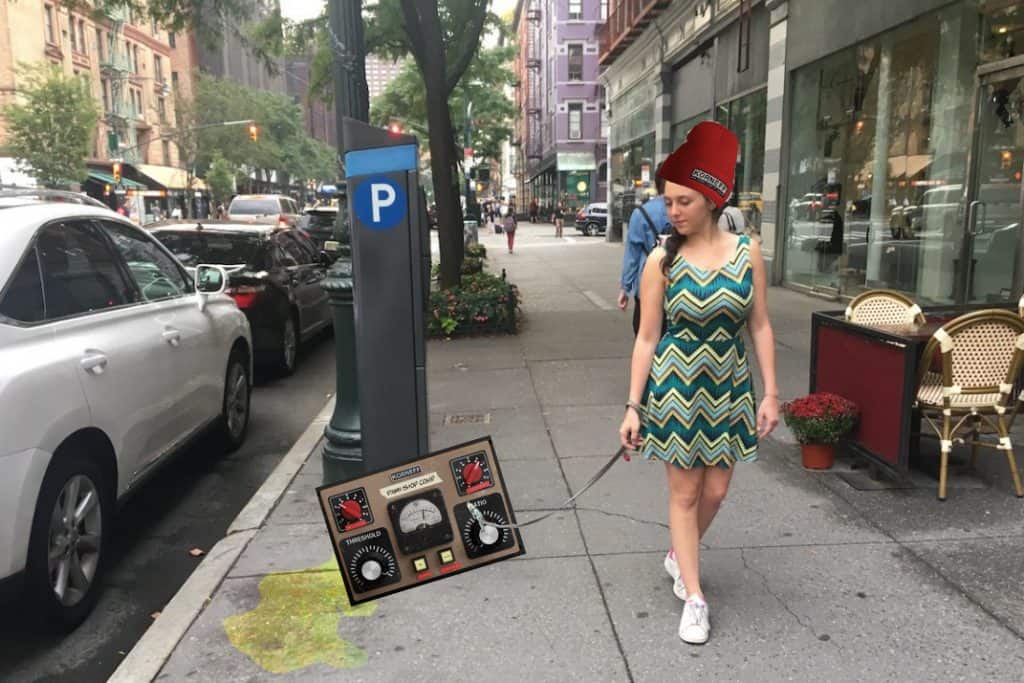 The next few weeks of Working Studio are going to be about compressors and limiters. It's appropriate—we just released the Pawn Shop Comp 2.0 as well as the Talkback Limiter a month ago.

By the end of this series, you will have a much better idea of how to apply compressors and limiters on your recordings. What you want to develop is a framework for how to think about dynamics and dynamic processors, so your thinking on using them is clear.

This is a long one and it has recording techniques and some HOW TO videos in it. Forward ho!

A compressor... a limiter... the differences between the two... This is all hard to define. I learned in school that a limiter was a compressor with a compression ratio at 10:1 or higher, that a limiter had a fast attack and release. But then, in the real studio, engineers were always saying, “Compress it,” and then patching in a piece of gear that had the word Limiter in its name. What the hell?

I think of compression and limiting as verbs, not nouns. Not as things or gear. Compression, compressing, limiting—these are things you do to an audio signal.

Time for an analogy.

Let’s talk about walking a dog.

You’re walking your dog and he runs around like a f***ing maniac. He knocks over people, trips you up, almost gets hit by cars, it sucks. Obviously, you have to keep the dog contained somehow.

You get a piece of strong rope about 20 feet long. You tie it to the dog and off the two of you go. He runs around all he wants until he gets 20 feet away from you and BAM! The rope kicks in, and if you’re strong enough, the dog stops at the end of it. This is LIMITING.

The threshold is 20 feet. The ratio is how strong you are. Big strong guy is 100:1. The dog is stopped with the force of a brick wall. Old grandpa fella is 2:1. The dog goes 20 feet and keeps going, slowed down somewhat by the dragging body of the old guy tangled up in his walker.

You decide that almost breaking the dog’s neck whenever he gets 20 feet away is cruel. What you want is the dog to stay about 10 feet from you. He can come closer, he can go further, like when there is something interesting for him to sniff, but for the most part he bounces around about 10 feet away from you. Sometimes 7 feet , sometimes 13 feet, 2 feet, 16 feet, etc. He feels a fairly constant, gentle pressure. You chuck the rope, get a bungie cord, cut it about 10 feet long, attach it the dog, and off you go.

When the dog is within 10 feet, the cord doesn’t apply any pressure. If the dog goes out past 10 feet, the cord applies some resistance to restrict the dog's movement. Can the dog go out to 20 feet and beyond? Sure can—but there will be pressure on the bungie pulling back on him. This is COMPRESSING.

If the dog wanders away from you from 5 feet to 15 feet or so, you can see he has bungie pressure on him a lot, gently restricting his movement. The bungie only works when the dog goes further than 10 feet from you—only when it passes the threshold. The stronger the bungie, the less gentle the pressure is. At 2:1, the dog has to have double the energy to go one foot. At 5:1, the dog needs 5 times the energy to go 1 foot.

Do you see how limiting and compressing are similar and how they’re different, as well as how there is a bit of blur between the two?

Limiting is when you keep a signal from going past a certain point.

Compressing is when you restrict the overall movement of a signal.

A signal that is limited occasionally goes over the threshold.

A signal that is compressed is over the threshold often.

Limiting is applying a lot of restriction to the signal occasionally.

Compressing is applying some restriction to the signal often.

So let’s apply this to some audio problems.

Problem: Drummer is doing lots of fancy ghost notes and they sound really cool, but in the mix you can’t really hear them.

Ok, let’s think about this for a moment. Here is what the signal looks like to me:

And when we add the rest of the mix, it covers up the ghost notes.

SO... do we want the compressor on a lot, or a little?

Only a little, right? We want it to restrict the hard hits so that when we use makeup gain, the level of the ghost notes comes up.

We want it occasionally over the threshold—when the snare is hit really hard.

So this application is LIMITING. The gain reduction happens occasionally for maybe a split second—like a rope. I visualize the whole thing happening like this:

I made a video on this, using our Talkback Limiter. 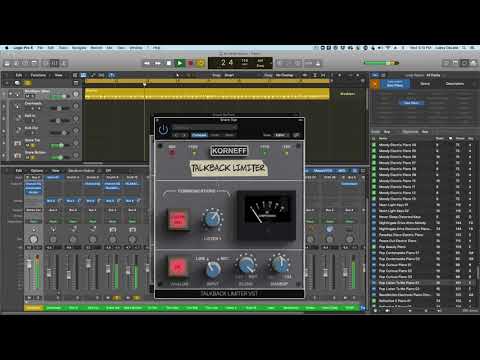 Problem: Bass player is really inconsistent in volume and the part doesn’t sit right in the mix.

This application is COMPRESSING. The gain reduction happens often, almost continuously, like a bungie. Again, I see it in my head like this: 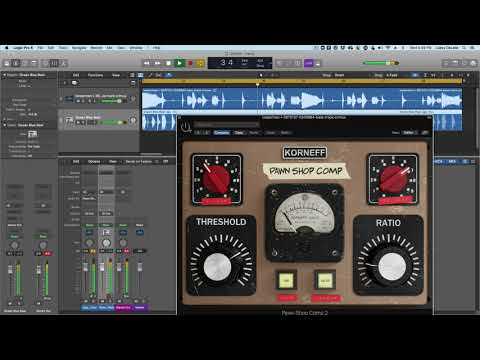 You might be thinking, “Ok, so this vocal track is all over the place, and I can’t control it at 6:1 no matter how low I set the threshold, but I can at 12:1. Is that compressing or limiting?"

I’d probably call that compressing, but who cares? What is important is that you understand what you have to do to get it under control and you have a thought process, you’re not just turning knobs until it sounds good.

You might be thinking, “Ok, so I set the Pawn Shop Comp to 2:1, and the threshold really high and the meter jumps a little bit every now and again. Is this limiting or compression?

I’d argue that you’re really not doing much of anything, but if it sounds good then it is good. I’d probably call that limiting. Usually if the unit isn’t kicking in often, I think of it as limiting.

Is the Korneff Audio Talkback Limiter a limiter? Sure is—100:1 ratio and a super fast attack and release. Can you compress with it? Sure. If you run a drum set through it and you drop the threshold and pin the meter you’re definitely compressing it.

Can the Korneff Audio Pawn Shop Comp do limiting? Sure can. Set it with a fast attack and release, set the ratio high and the threshold so that it occasionally kicks in and you’re limiting. The PSC is so adjustable just on the front alone that you can do almost anything with it.

Some other things to think about

A compressor with a limiter also on it is like walking a dog with a 10 foot bungie AND a 20 foot rope. Understand?

Knee? That’s like the more the dog goes over threshold, the stiffer the bungie gets. So, a Soft Knee means that there is little pressure at 10 feet, but by the time the dog is at 20 feet it might be 50:1.

Some of you are thinking what about Attack? What about Release? What about gluing my mix?? All these questions.... we will get to that stuff in the next few weeks.

For now, listen to the track, the instrument, the vocal, whatever it is that needs fixing, and think about if you need to change it, (or control it) all the time, or only occasionally in certain moments.

Yesterday, my Mac decided to act up and crash out of Logic whenever I tried to open the program. Pain in my a**. I rebooted a few times, ran a disk scan, and yada yada yada. No luck.

I decided to unplug all my peripherals to see if something external was causing the problem. I suppose all of us have a lot of peripherals. What a mess! It’s like the snakes invited the worms over and served spaghetti.

And it struck me that now would be a WONDERFUL TIME TO PROPERLY LABEL EVERYTHING. Which is exactly what I did.