What the Heck is Bias?

Bias is a critical adjustment that often makes all the difference in the proper operation of analog audio equipment. This article is a non-technical explanation of bias and demonstrates how it is implemented on Korneff Audio plug-ins.
Luke DeLalio 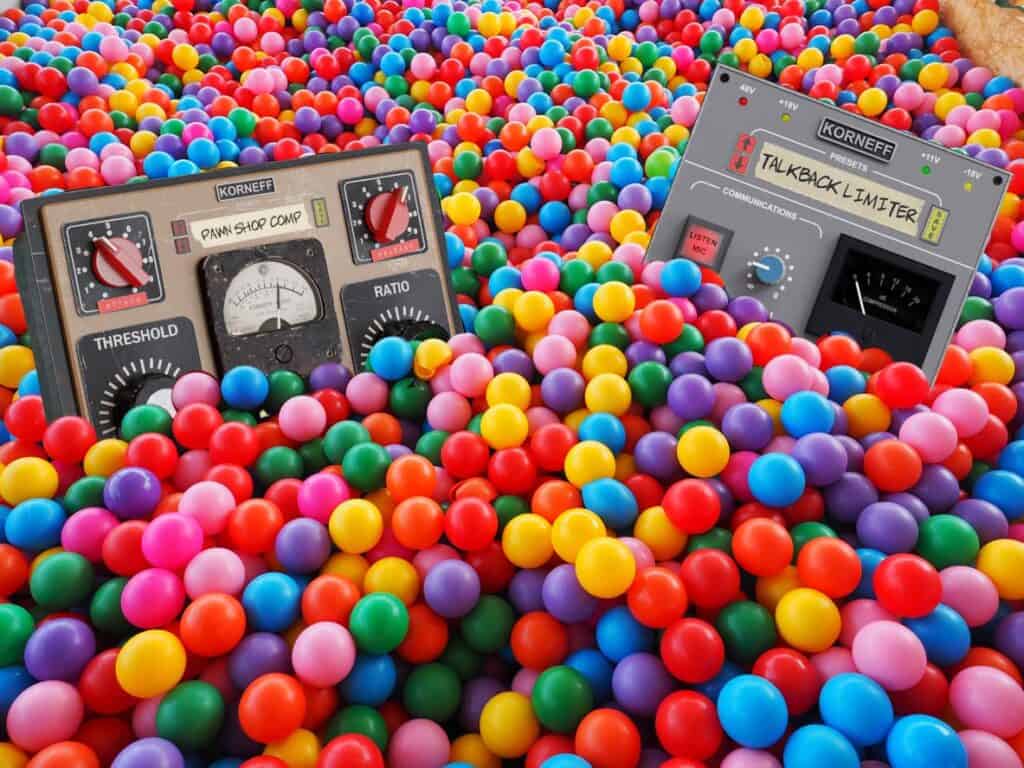 We’ve gotten really good feedback on our blogs, and we're glad a lot of you have been finding them helpful.

But in much of the feedback, people ask questions, usually about technical terms or issues. I try to write things such that they are “self-explained,” and you don’t need to google terms, but there are some concepts that require going deeper. And our plug-ins have more possibilities and performance if you understand things going on under the hood, or in the case of our plug-ins, around on the other side.

So, for the next few weeks, I’m going to address some of the these technical concepts in an easy to understand way. There will be some details I'll gloss over, and a few things I’ll simplify, but conceptually, everything I’ll write will be useful and applicable. The technical stuff is important to know and apply - it’s the reason we call ourselves Audio Engineers, because it’s engineering.

Bias. There are reasons I want to start here, rather than something more elementary like dynamic range or “what is a dB” or some such. If you understand bias, you’ll understand a lot of other concepts, and things like dynamic range and harmonic distortion will actually make more sense when we get to them. And if you understand bias, our plug-ins will make more sense to you, especially since almost all of them have a tweakable bias control on them. 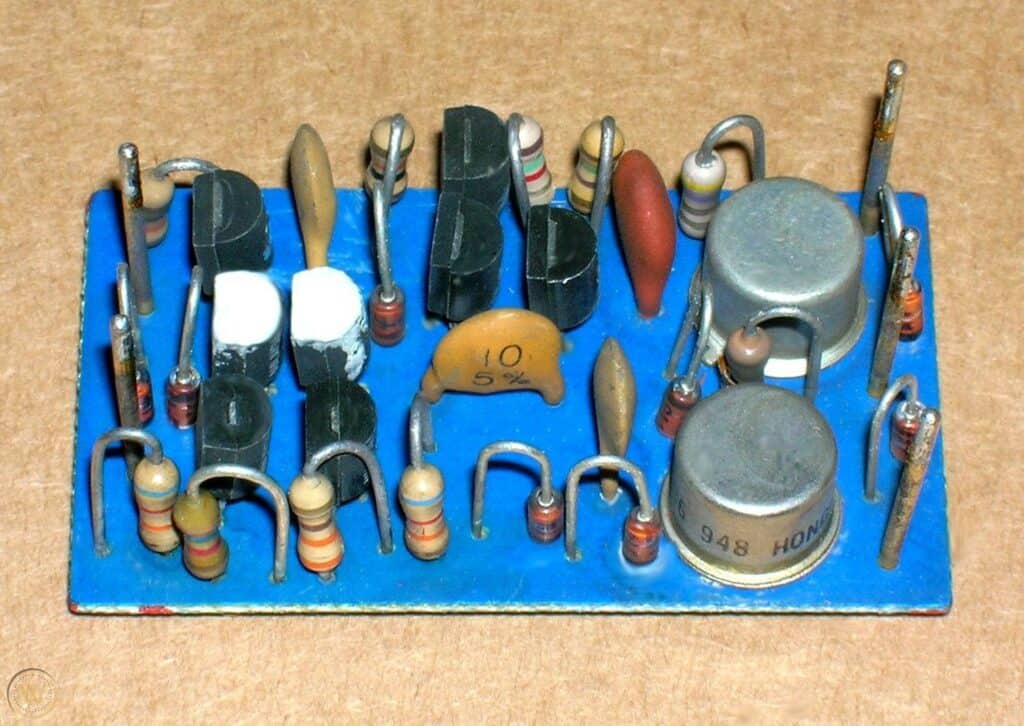 Analog recording equipment is made up of a bunch of components, things like tubes and transistors and transformers, etc. And digital plug-ins are all simulating the characteristics of those analog components.

Generally, in a piece of analog gear, no matter if it is an EQ or a compressor or a mic preamp, the heart of it, the thing that makes it work, is some sort of amplifier. So, for the rest of this article, when I write amplifier or component, I am NOT referring to a guitar amp, or a mic preamp or a stereo power amp; I'm referring to a little circuit thing stuffed down in all the analog gear you will ever run into. A recording console has literally thousands of amplifiers in it.

Amplifiers in equipment can be based on tubes, or on solid state component like transistors or OP amps, or some sort of combination. Obviously, if you've got a bunch of amplifiers in a device they're going to contribute a lot to the sound and character of the device, which is why tube EQs and compressors sound "tubey" and Neve EQ's sound "Nevey." The amplifiers inside the gear impart a particular sound.

AUDIO CIRCUITS HAVE A SWEET SPOT

Amplifier circuits of any type — tube or solid state — actually don't want to work properly. In some cases they don't want to work at all. They are very particular about the amount of input fed into them, and they can be very particular about power in general. And unless power is handled just right, a component might not work, or work like ass, or work inefficiently and burn out quickly. They have a sweet spot.

Weird shit happens outside of the sweet spot. It’s like frying eggs. If you set the frying pan’s temperature too low, your eggs are going to be sitting in oil getting all disgusting without getting cooked. Nice. Oily raw eggs. If you have the frying pan crazy hot, when you drop in the egg, the oil will come splattering out, making a mess, burning the egg and your face off (if you decided to lean over the pan like an idiot). The sweet spot of the pan is the right temperature, such that the egg cooks just fast enough that you have control, and you get the egg that you want. 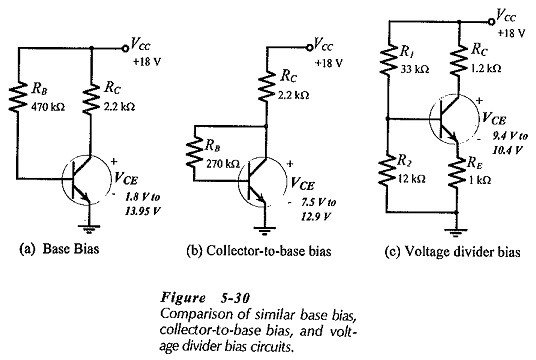 For many amplifiers, the “sweet spot” is when the response of it is LINEAR. You’ve probably heard this term a lot. Basically, when a circuit is linear, the signal that comes out of it is the same as the signal that feeds into it. Now, if it’s an amplifier, the signal coming out might be more powerful (louder), but if the amp is linear, the frequency response of the output closely matches the frequency response of the input. In simplest term, shit sounds the same going in as it does coming out.

How is the output different if the component is non-linear? Well, there can be a lot of things different about the two signals, from changes in the frequency response to changes in the envelope, but the thing engineers are usually looking at when they want to discuss linear/non-linear is Harmonic Distortion. 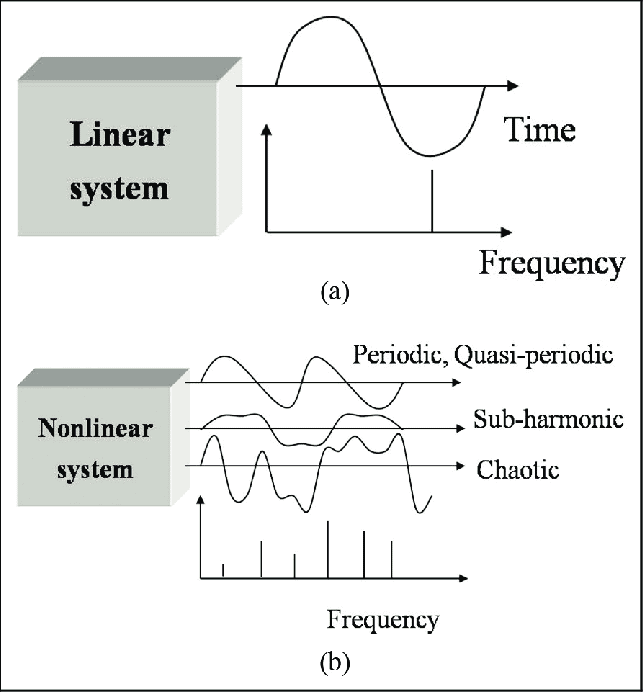 So, for most amplifiers, there needs to be a BIAS signal added to it, and this makes the amplifier play nice with the audio signal. The type of bias signal can be very different depending on the component, and the circuitry involved can be different, but in general, all bias signals push an amplifier or a component towards efficient, linear performance.

BIAS: THE GUN TO THE HEAD

Bias for some amplifiers or components is basically a gun to the head. As an example, to get an analog tape deck to record, a super high pitched and very powerful bias signal is mixed in with the much weaker audio signal and actually printed to tape. This bias signal is so strong that it forces the magnetic particles on the tape to actually record. Some types of transistor based amplifiers also need to have a bias signal mixed in with the audio input signal, and then the bias signal, which you don’t want to hear, is filtered out. 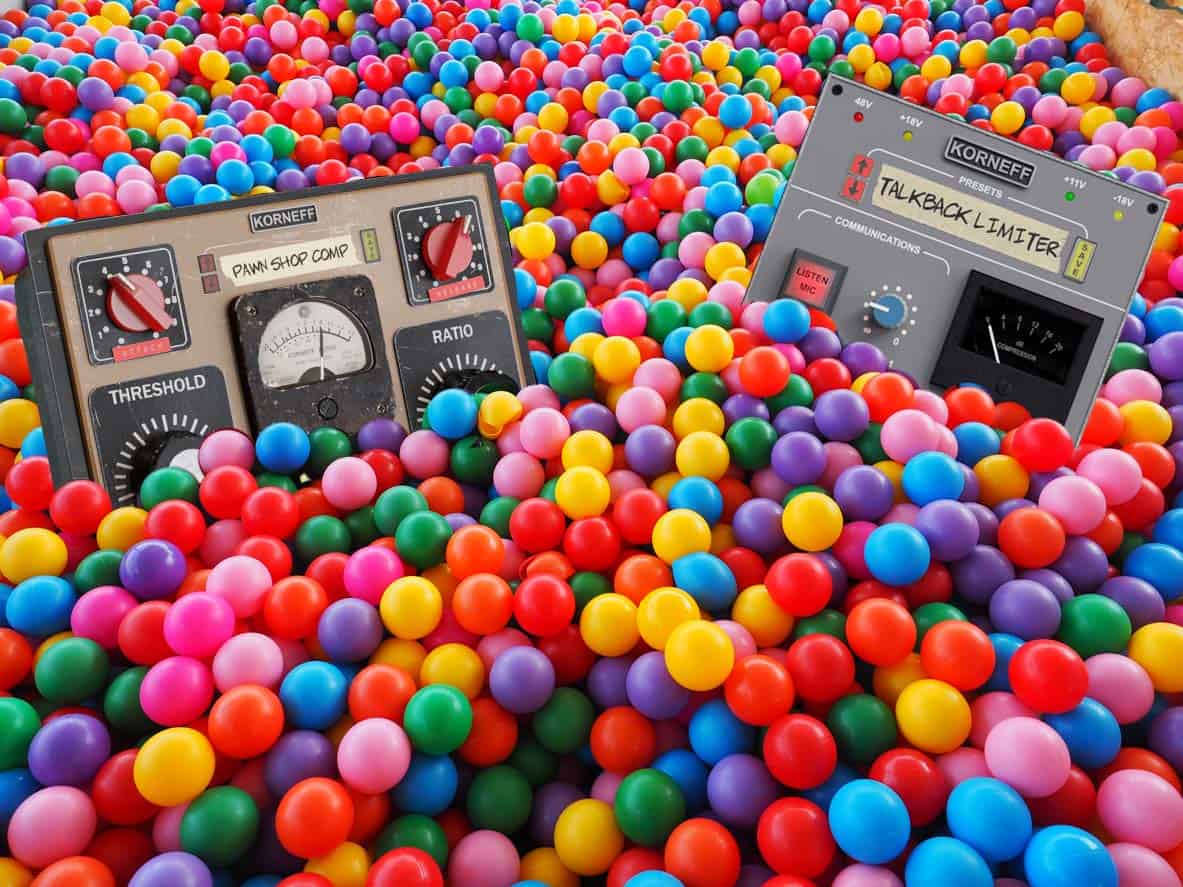 Korneff plug-ins enjoying a break from a tough session.

In this case, bias is like... going to a birthday party place when you're a little kid and you want to go in the Ball Pit or use the Bouncy Castle or something and there's a height requirement, and you're too short. Your head needs to come up to a certain line by the door, and if it doesn't, no Ball Pit for you, you stumpy little bastard.

But, you have special Bias Shoes, that add a few inches to your height (they add power). You put them on, and now you appear tall (powerful) enough to get into the Ball Pit (linear amplifier performance).

Other types of amps use bias differently. In this case, the bias is sort of an efficiency adjustment. A device might work with a wide range of bias settings, but again, there is a sweet spot where it works best.

A way to think of this is to think about a car idle. When your foot is off the gas, with a normal gas powered car, the engine runs but it doesn’t put out so much power that you can’t control the car by just holding down the brake. In fact, if it is set right, you should be able to drive the car, albeit very slowly, just by the brake. If the idle is set too high, when you lift your foot off the brake the car jumps forward. You can set the idle so high that the car can’t be stopped even with the brake slammed down. The idle can also be set so low that the car coughs and stalls, or that when you step on the gas it dies. If you set the idle just right, the car purrs like a kitten, can be controlled by the brake at really low speeds, and when you punch the gas it takes off and there’s plenty of power to drive with. 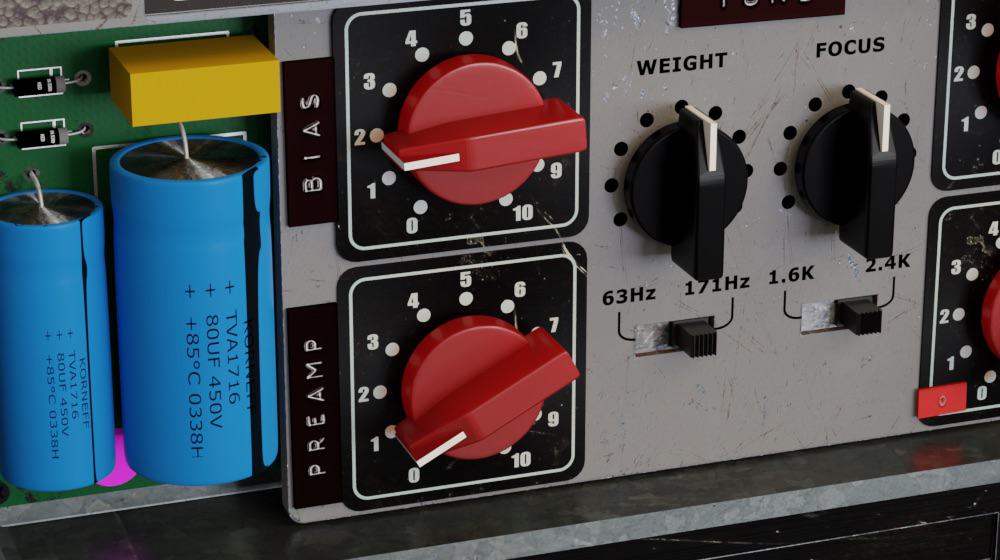 On the Pawn Shop Comp, the preamp BIAS is on the back panel. Adjust BIAS to increase or decrease the amount of preamp distortion. And you won’t be damaging any tubes by doing this!

A bad idle setting is hard on the engine, hard on the transmission, burns more gas and makes the car really hard to drive. Likewise, for some types of amps, like a tube amp, if the tubes are biased correctly the amp is quiet, has plenty of power when you need to rock out, and the tubes have a long life. Set the bias wrong and you’ll burn out tubes, cause excessive distortion, or the output might sound dull and lifeless.

First of all, what you SHOULDN'T do is open up your mic preamp or your vintage tube compressor, locate the trim potentiometer that adjusts bias and then dick around with it. In physical audio gear, bias is generally set at the factory and it's not something the average person should deal with. Now, as gear ages, bias settings can drift, and as they do, the performance of the piece of gear will change. In some cases, the drift might make things sound better, and it other cases, it might make it sound worse.

But with virtual equipment, like Korneff Audio's Talkback Limiter, or Pawn Shop Comp, there's a bias potentiometer that you can adjust. And as you might think, if you turn the bias counterclockwise, the circuit's performance changes one way, and if you turn it the other, it sounds different yet another way. 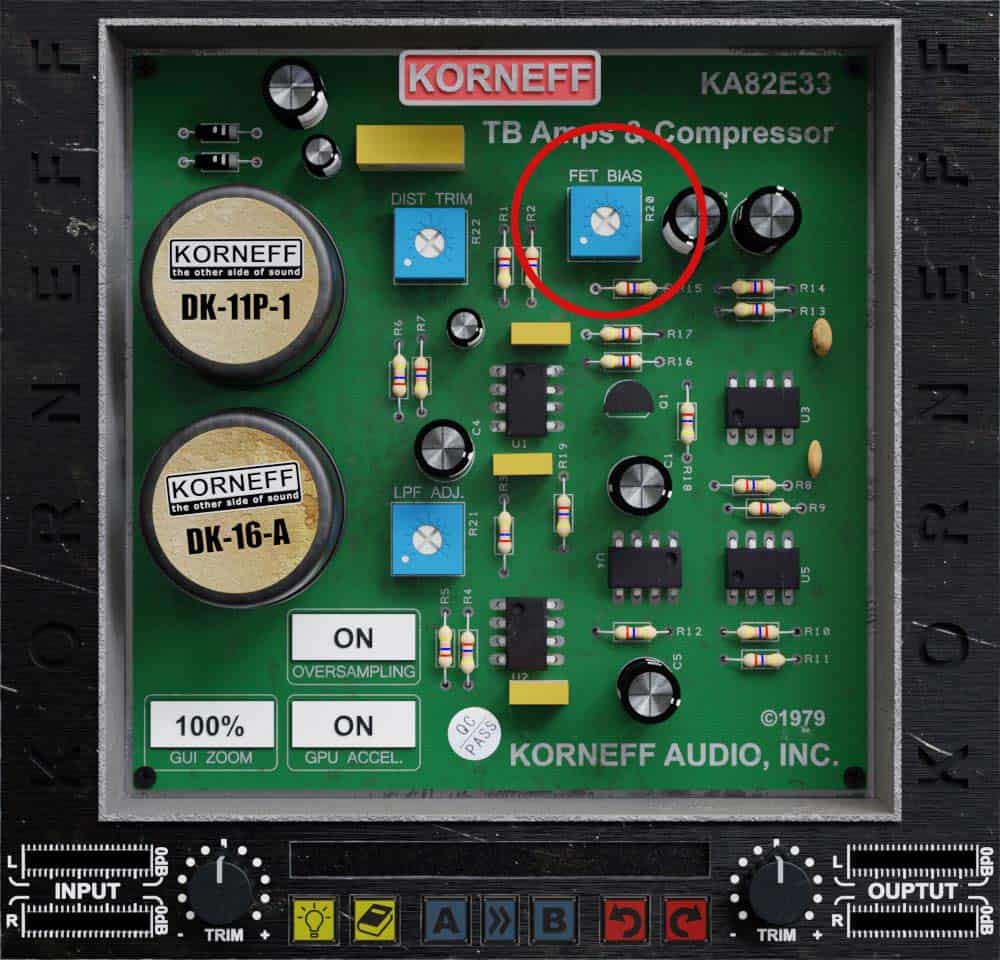 On the Talkback Limiter, the preamp BIAS is a trim pot on the back panel to the right. sets the performance of the FET compressor circuit. It is preset at an optimal point that strikes a balance between low distortion and high output. If you increase BIAS, the gain and compression effect increases, but harmonic distortion will increase, too. Turning it down will lower gain and distortion, but the compression circuit will work unpredictably, which is kinda cool.

What you're doing, in analog terms, is adjusting the overall output and linearity of the circuit. With one of our plug-ins, you're adjusting values in a computer algorithm that will change the harmonic distortion characteristics of the signal. Depending on the plug-in and the audio signal you're feeding it, you might even get changes to the envelope of the sound, the attack and release of the compressor, etc.

Dan especially loves tweaking bias on his vintage analog equipment and analog gear he makes. And he wanted to give you guys an experience of what that might be like, and how it might affect audio signals. All without the danger of blowing things up or getting electrocuted. In virtual Korneff Audio World, by all means click the Korneff nameplate, go around back and tweak away.

So that is BIAS. It’s a signal that makes an analog audio device work efficiently and have a linear output. If it's not set right, things will either not work at all or sound distorted or like ass in general.

Bias in a nutshell. Now, go be the damn audio genius I know that you can be.