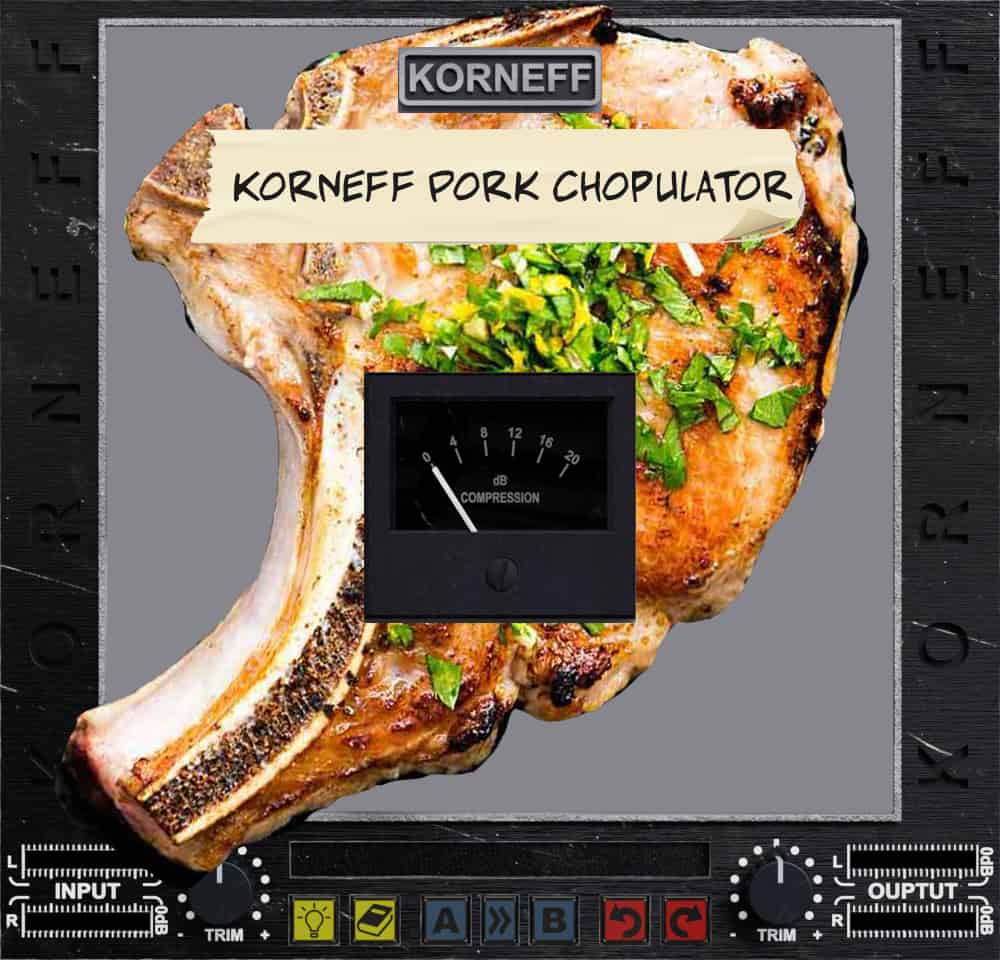 Distortion, in the simplest sense, is when what comes out is different than what goes in. Think about eating dinner and what happens six hours later.... that ain’t the same pork chop, is it?

Something in the process, in the piece of equipment, is changing the signal.

Usually, what happens is that the piece of equipment runs out of ability to accurately reproduce the input signal. But what the heck does this mean, actually? Let me give you a few examples. If you get this clear in your head, so many things will suddenly make sense.

Let’s Look at a Speaker 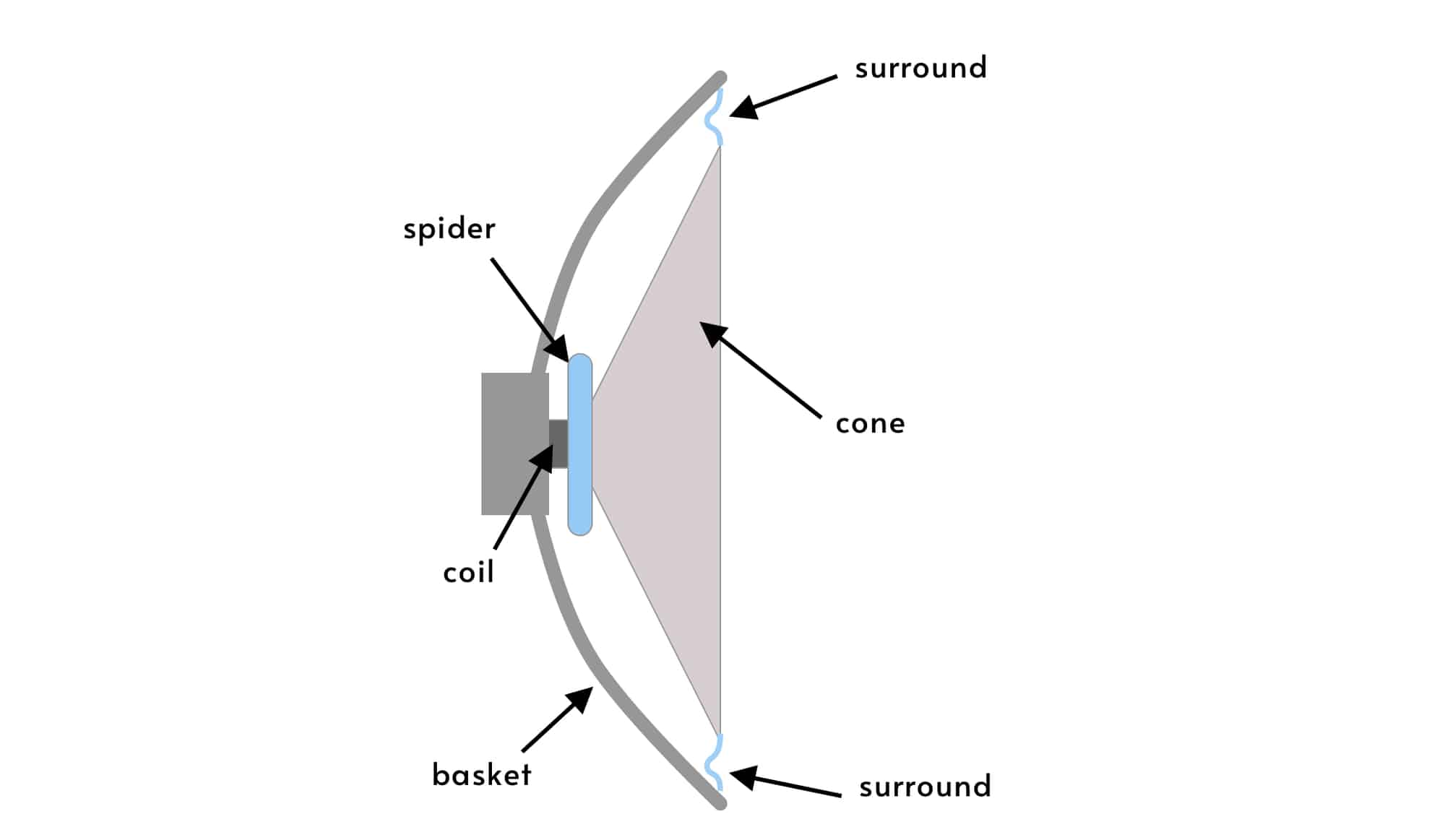 Linear reproduction of an input signal

If you crank the power up (the volume) the cone moves back and forth and covers a longer distance.

Speaker can’t move enough and the output is clipped

When the cone has ability to move, it does so, and it can accurately track the up and down of the waveform. When the surround and spider run out of stretch, however, the cone can’t track the waveform. It moves as far as it can, can’t go any further, so it essential jams - it stays still. And the waveform that comes out of it is now different than the waveform that went into it. And if you look at the waveform the speaker is emitting out, it’s clipped — it’s squared.

Remember last week, when we mixed odd order harmonics in with the fundamental and caused a square wave? This is exactly what’s happening with the speaker, but in reverse: its movement is “jammed:” it squares and generates a bunch of distorted crap — harmonic distortion crap. Oh my, that doesn’t look like the original pork chop, does it?

So, a speaker has a certain amount of ability to move and reproduce a waveform in a linear manner. If we put in too much power, we run the speaker out of ability, and the result is distortion.

How much ability does a speaker have?

It depends on things, but to look at it very simply, if a speaker is rated to 150 watts, it has 150 watts worth of ability.

Let’s Look at an Amplifier

EXACTLY!!! That is exactly right. Amps - and not just power amps or guitar amp, but the little tiny amplifiers stuffed into the circuit boards of your recording console, have only so much ability. They run out of ability to reproduce a signal, and when that happens, the result is distorted output, non-linear output.

As a signal feeds in, the amplifier uses power to reproduce it. As we turn up the input signal, the amp needs more power to track the waveform in a linear manner. But there isn’t infinite power. The amp isn't connected directly to the sun. Eventually, the amplifier cannot draw anymore power, and it loses its ability to track the waveform, and it squares the wave, just like a speaker that runs out of springiness. 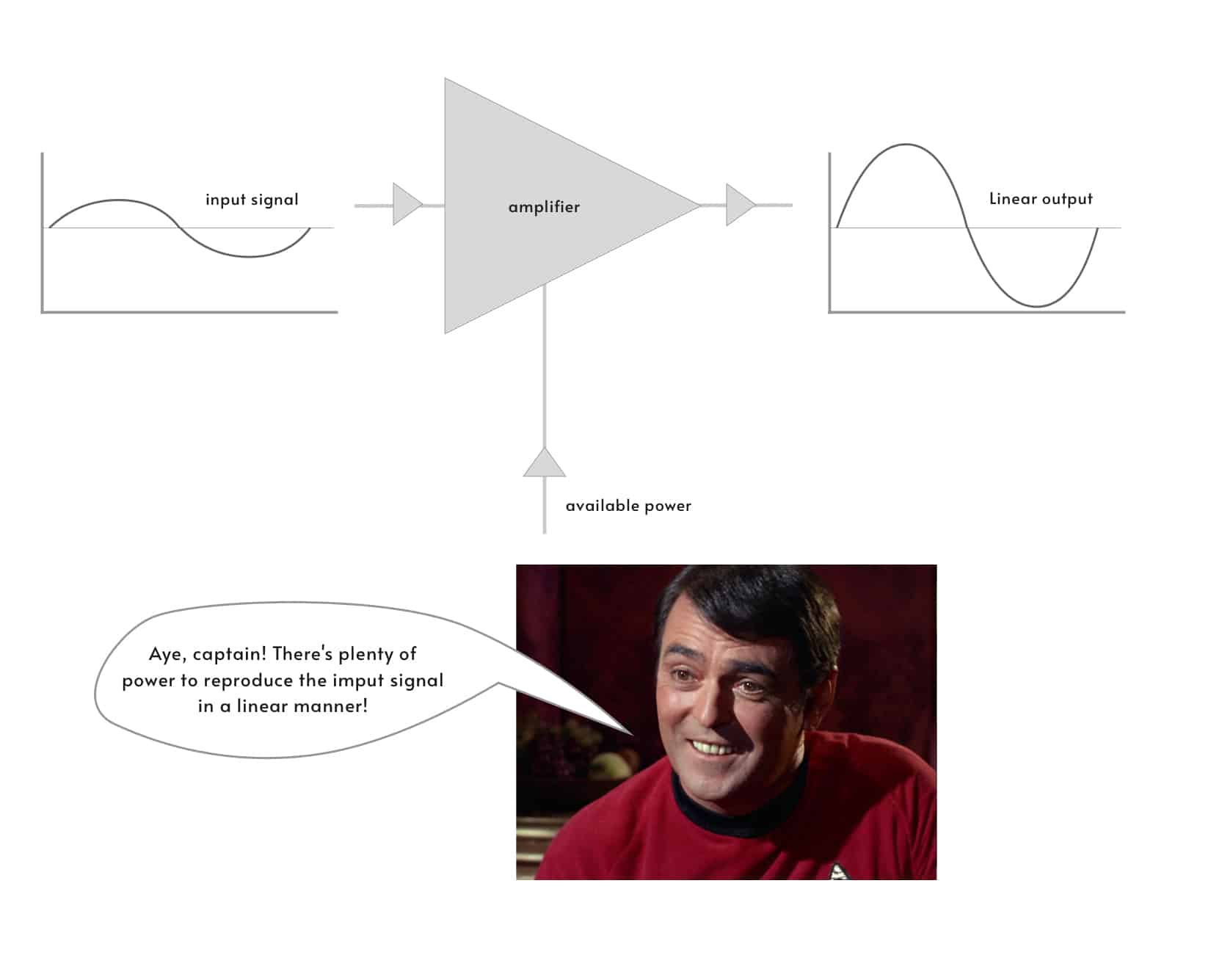 Plenty of power for linear reproduction

Amplifiers use power to reproduce signal, and if they don’t have enough power, they generate harmonic distortion. A simple way to look at, but a very useful way to look at it. 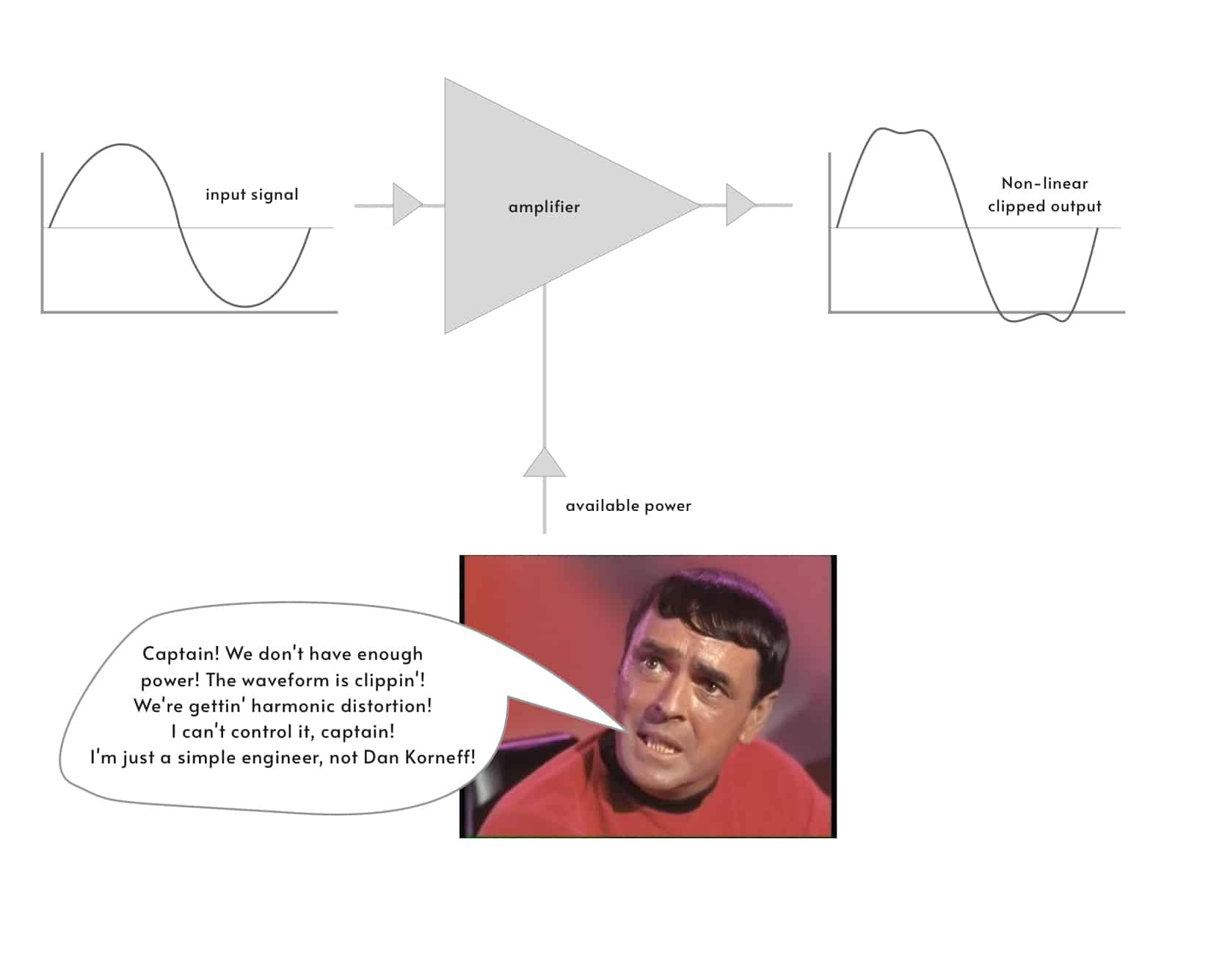 Everything Runs Out of Ability

A singer can only get so loud before their vocal chords can no longer move — they physically slam into each other in the voice box. The vocal chords run out of ability. The resulting vocal has a growl to it — distortion. Harmonic distortion. And if the singer keeps doing this, they start losing their voice, and if they do it enough, there can do permanent damage, just like you can blow a speaker out, or blow up an amplifier.

Stuff certain mics into a kick drum and one good hit can break the diaphragm in a split second, and if it doesn’t break it, the mic will clip the waveform as it runs out of ability to move and starts generating harmonic distortion.

Do digital processors run out of ability? Yes. Digital processors do math, and you can basically use up all of the processor’s ability to perform mathematical calculations. The result however, isn’t harmonic distortion. It’s a loud click or static "scratching" sound, and if you feed that through a speaker, the speaker runs out of ability to reproduce it almost immediately, which is why it sounds awful and is really bad for your speakers. And your ears.

Everything runs out of ability, and when it does, you get that unrecognizable pork chop.

A short post this week, but an important one if this is stuff you’re trying to wrap your head around. Hit us up on Facebook or Discord if you’ve got a question.