A simplified explanation of harmonics and harmonic distortion. Knowing this stuff is essential if you want to up your engineering game.
Luke DeLalio 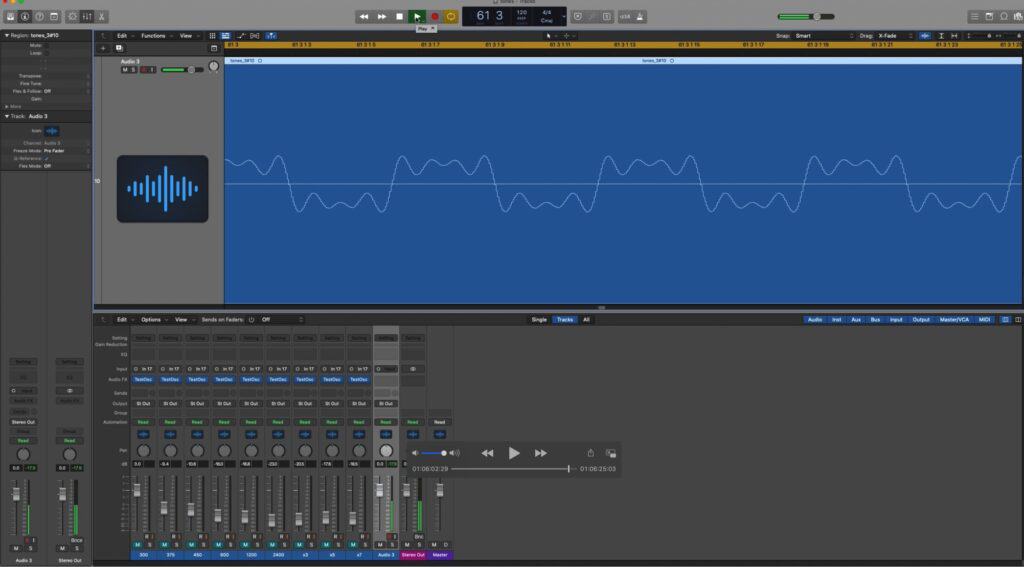 Last week I wrote about Bias, and how if an amplifier or an audio component isn’t biased correctly it might not work or it might cause a lot of harmonic distortion.

So, first of all, what is a harmonic.

If you take a note, like a C, and play it on a guitar or a piano, because of the physics involved, not only do you hear the note C, you also hear, very quietly, other notes that are mathematically related to the C you’re playing. Like, you might hear a C an octave higher, and then another octave above that, and you might hear an E and G mixed in there as well. It’s actually quite a bit more complex than that, but the point is that if you play a note on virtually any instrument, you get more than the single note that defines the perceived pitch. That other stuff are the harmonics.

I found this video, which is an ok explanation - it could be clearer, but if you want to take a moment, a quick watch might help you understand some of the physics involved. 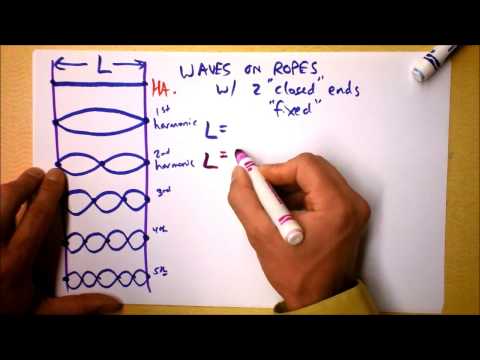 In fact, harmonics do tend to be high frequency information, and we will see why that is important in a bit.

Harmonic distortion is when harmonics are added to a sound, a signal, that aren’t there in the original signal.

Back to playing a C. If we played a C on a very simple instrument, like a flute, you would get a very pure sounding C — it wouldn’t have a lot of extra harmonics happening, unlike a guitar, for instance. The complex body and physics of a guitar actually add harmonics to the C. It’s a bizarre way to think of it, but you can consider a guitar a generator of harmonic distortion. So is a piano, a trombone, a human voice, etc. These all are sort of "harmonic distortion generators". But we want that particular harmonic distortion - it’s how those instruments sound.

Solid state equipment also has distinctive harmonics patterns that it adds to a signal. That’s part of the reason Neve sounds like a Neve, and a Mackie sounds like a Mackie.

THD stands for Total Harmonic Distortion, and it’s a measurement of the amount of harmonics a piece of equipment adds to a signal passing through it. The manufacturer of the equipment will usually specify this as a percentage at certain frequencies, something like, “Less than 0.5% percent THD from 20 Hz to 20 kHz at full rated power.” Some manufacturers specify it in much looser terms: “Less that 1% THD.” Generally, the better the gear, the lower the % of harmonic distortion, and the more specific the manufacturer will be about it. 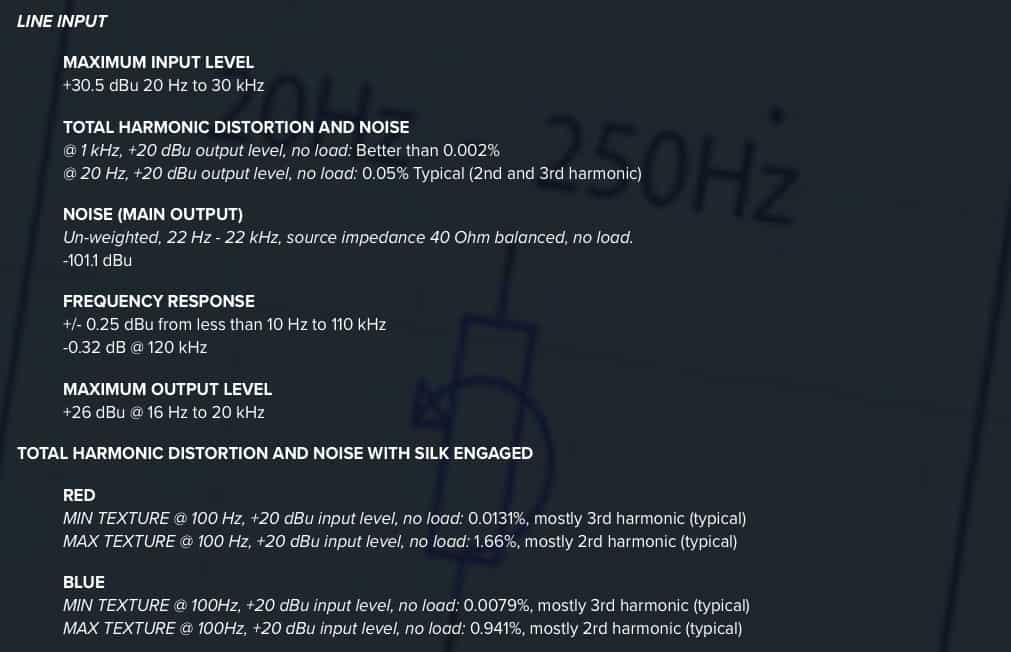 Specifications from a Neve Shelford channel

Tube mics are typically in the 1% THD neck of the woods. 1176 Limiters have around 0.5%. A Neve 5211 is down around 0.0015%. Obviously, guitar amps designed for distortion have much higher amounts of THD. And also obviously, is that the more you turn stuff up (increase the power), the more you increase harmonic distortion.

But, THD is really only a small part of the harmonic distortion story. There’s also the “sound” of the harmonics added, the math of their pattern, that make a huge difference.

Even vs. Odd Harmonics

I made a video about this next bit, so you can watch the video and skip ahead, or watch it and then read so you understand it all that much better. 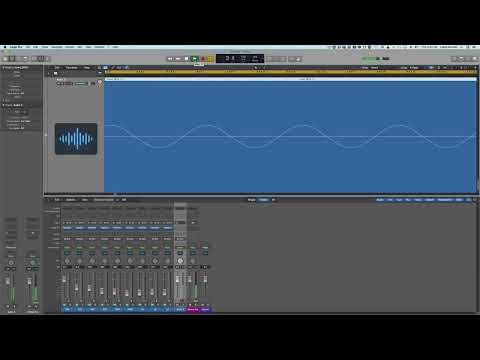 Quickly, let's look at the way a string vibrates.

A vibrating string is very complex. Back to our C, if you fret and pluck a C on a guitar, you'll get a nice loud fundamental, vibrating at 261.63hz. Let's round that to 262 to make the math easier.

So, we have a string vibrating at 262hz, but it's also vibrating at twice that - 524hz. But it isn't vibrating with as much power, so this 1st harmonic is much quieter than the fundamental.

There's also a harmonic vibrating four times as fast as the fundamental — 1048hz.

When these vibrations all happen on one string, the result is a much more complex waveform than any fundamental or harmonic by itself.

There are also other math things happening there. There's an E, which is the third, and which is around 1.25 times the fundamental.

Fundamental and the third - the basis of a major chord

In general, our ears think even harmonics sound better than odd. In general, tube equipment generates a lot of even harmonics. Does that explain to a large extent why everyone likes the sounds of tube amps?

Understanding some of the math of harmonics also explains why distortion seems to make something sound brighter: because what you're adding is harmonics ABOVE the fundamental, and those harmonics stack up and increase the apparent high frequency tonality of a sound. It also explains why too much harmonic distortion can sound harsh and painful — it's causing a lot of high frequency activity, and our ears don't like that very much.

Now, some of you might be thinking, "Even on a really good day people can only hear up to 20kHz. If I have something at 8kHz, then it's harmonics are at 16kHz and 32kHz and other frequencies, all high, and most of them beyond the range of hearing. How can this possibly affect what we hear?"

The answer is that we can sense frequencies we can't clearly hear, and very high, over 20kHz frequencies can affect the equipment we are using, especially digital stuff, and we can hear that effect.

Some stuff you just have to take on faith, you stumpy bastard.

SO... download a PSC demo or buy one, flip it around to the backside, turn up the PREAMP gain until you hear some distortion. Then swap around the three different sets of tubes we've thoughtfully included, and you'll hear the quality and frequency response of the distortion change. This is because we've modeled the different harmonic distortion characteristics of them into the PSC. 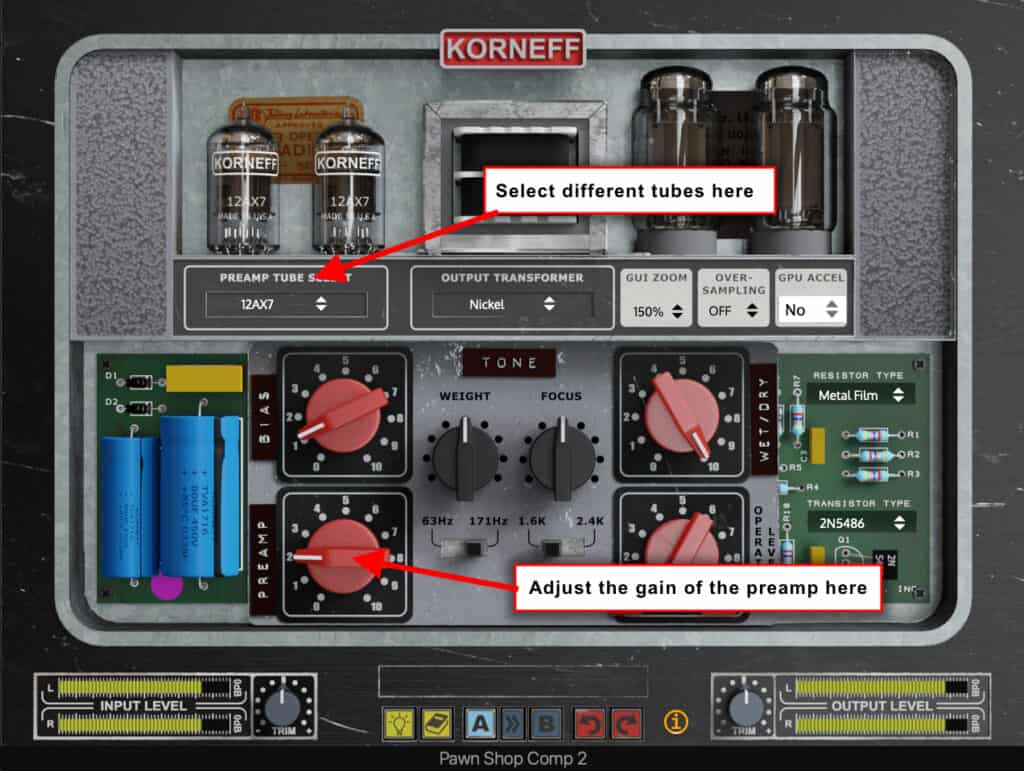 Adjustments to hear harmonic distortion on the PSC.

On the AIP, you can do this: Switch on the PSP and turn up the input gain until you hear distortion. 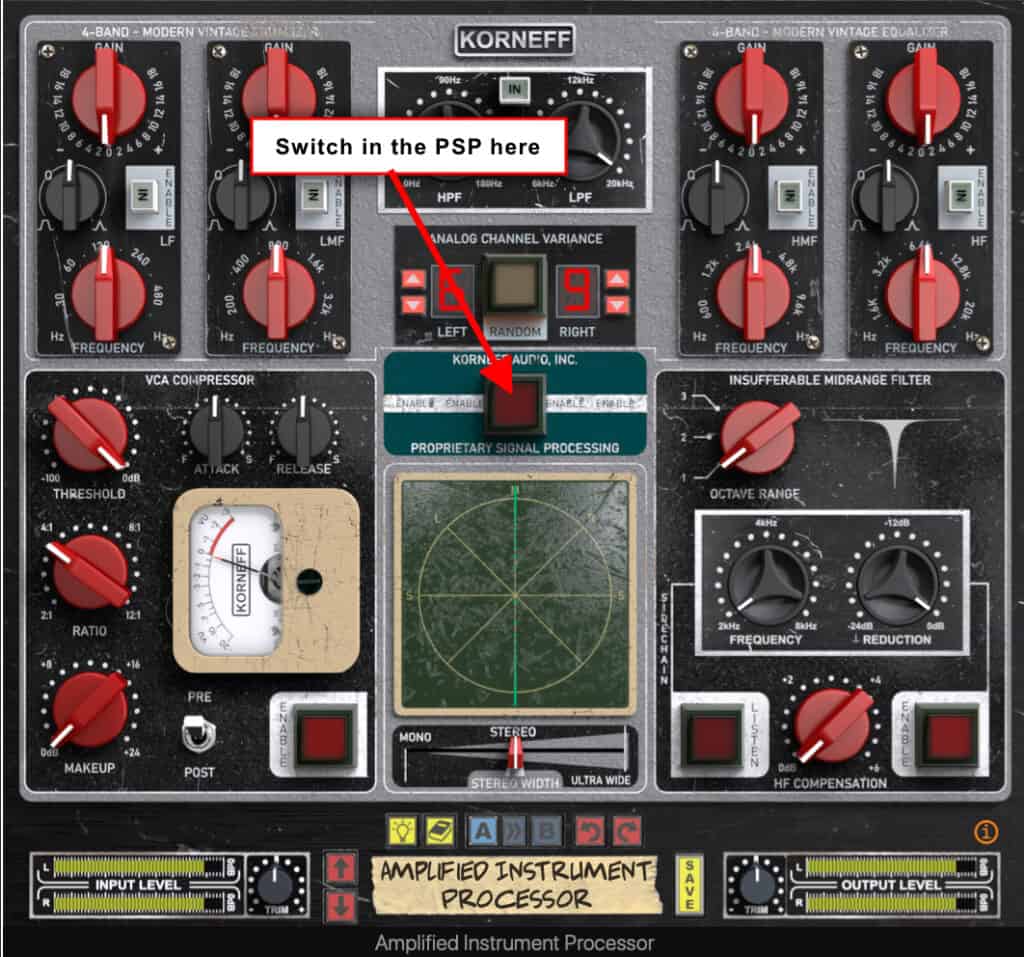 Front panel: switch in the PSP at the center

Go around to the back panel and click between TUBES , TAPE and SOLID STATE to hear three different variations of harmonic distortion. Turn up the INPUT TRIM to make the effect more easily heard. Don’t forget that turning up the trim can add a lot of gain and make things louder. Use the OUTPUT TRIM to readjust output gain down. 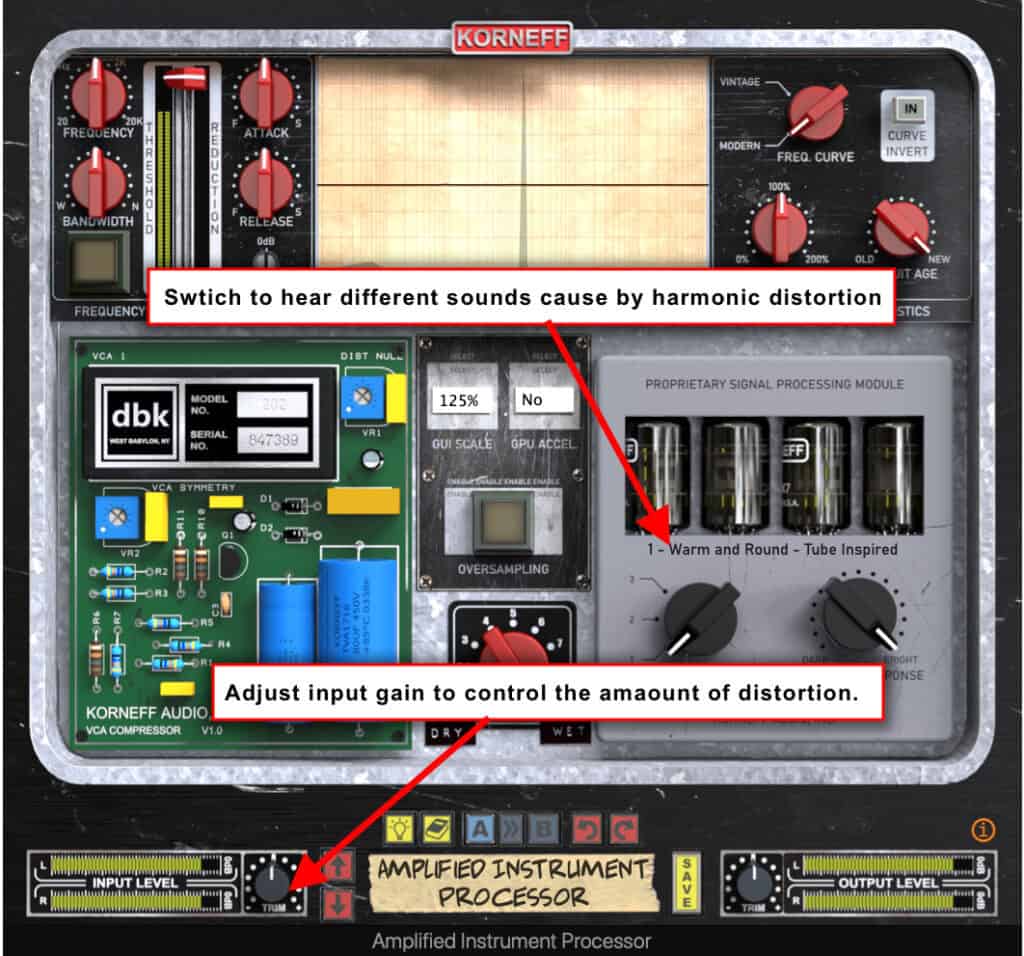 Next week, we'll talk about why cranking things up causes an increase in harmonic distortion, and we'll start talking about some recording techniques that take advantage of the physics involved.