Do You Put the Damn Compressor Before or After the EQ?

Compressor before or after the EQ? Here are some ideas and guidelines to help you develop your own thinking about this.
Luke DeLalio 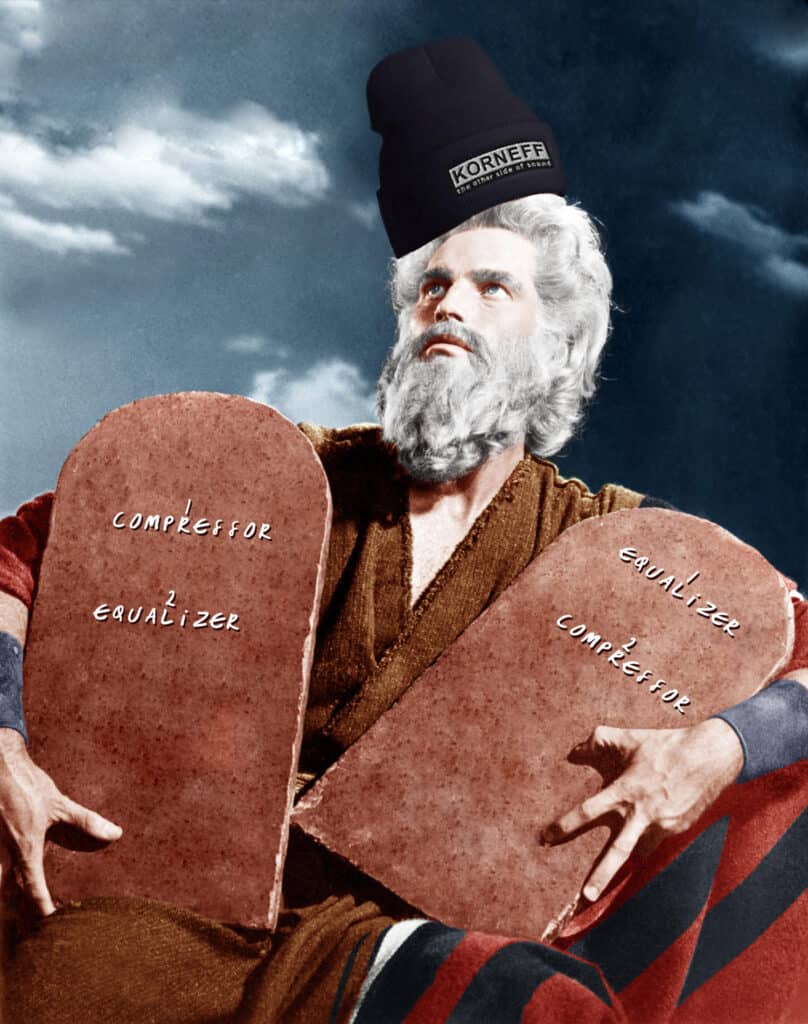 Since we released the AIP, we’ve been getting the same question over and over again  Should I put the Compressor before or after the EQ?

This question goes waaaaaay back in time, to when engineers first started patching in multiple processors on a channel while beating a mammoth to death with a stick. And the answer now is the same as it was back then: It depends. 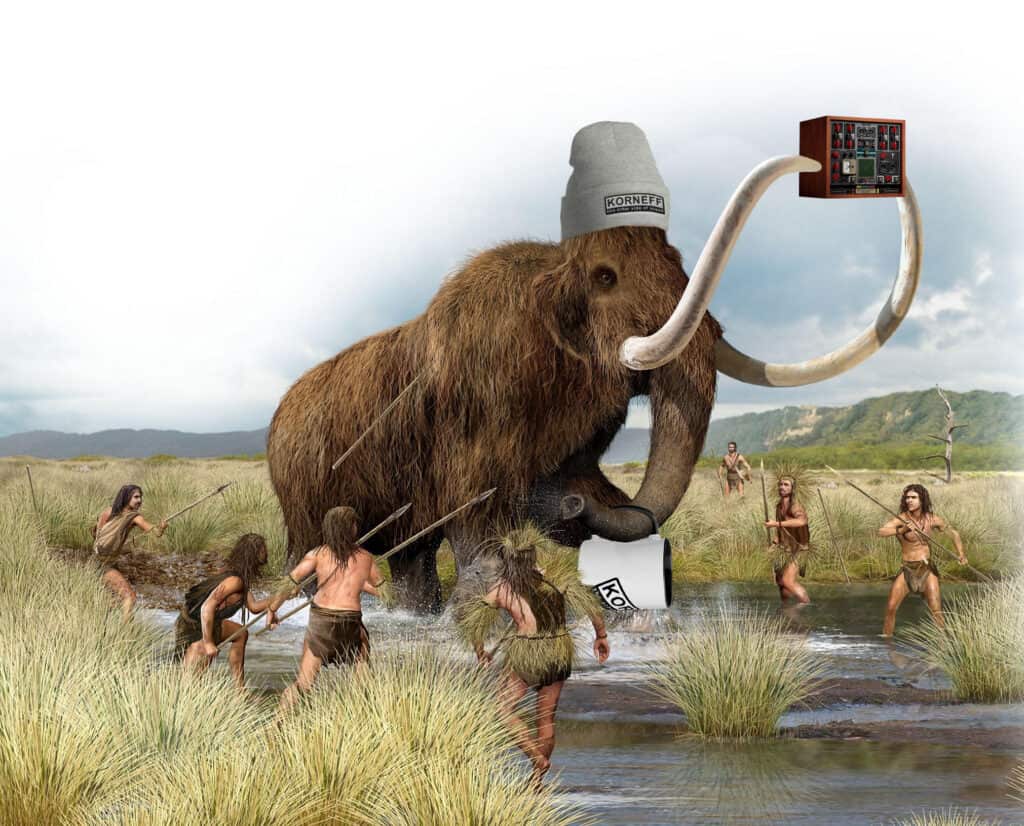 But it’s a really useless answer, isn’t it? You can answer ANY question with “It depends.” Do you like sex? It depends. Do you have five bucks I can borrow? It depends. Does this sound like a hit to you? It depends.

Today, you’ll get an actual answer to the question, "Should I put the Compressor before or after the EQ?”

Usually the Compressor is Before the Equalizer When You’re Tracking 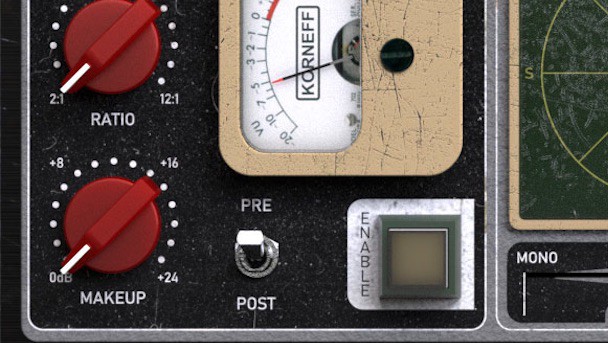 1) Because it will be less work for you

If the compressor is first, when you change its controls, it won’t affect the settings of the EQ much if at all. More gain feeding into an EQ doesn’t affect the way its knobs work. But a compressor’s main adjustment is threshold, and input gain will always effect the threshold settings.

With the compressor first in the signal flow, you set its threshold and whatever other controls the compressor might have, and you leave it alone basically. And then you can screw around with the EQ all you want and you won’t have to touch the compressor.

2) Compressors can lessen the need for EQ

Let’s say you’re working on a kick drum, and sound is missing some attack and thud. It’s missing that “cut." The kick’s transient has a lot of frequency content, much of it happening somewhere in the upper midrange anywhere from 2kHz to 8khz, and the thud - that “dead body falling off a balcony onto a carpet” sound is down in anywhere from 50Hz to 150Hz. Yes, you could sweep around with two bands of EQ and dial in some attack and thud... or your can run the kick through a compressor (might we recommend the Korneff Audio Pawn Shop Comp for this...) and get the attack and thud, and some added punch, just by setting the compressor right. If it still isn’t what you’re looking for, then you can throw an EQ on after the compressor, and fart around a bit until you have the sound you’re looking for.

The same goes for guitars, vocals, bass, etc. Usually the compressor first will even the sound out, fix a few issues, and the net result is less need for equalization.

So, when you’re tracking, you probably want the compressor first. Unless you want it last when tracking... because... it depends.

You’re in the studio, recording a bass player, and his C on the 3rd string 3rd fret is really loud for some reason—crappy bass, neck resonances, crappy bass player with crappy technique, etc. When he plays it sounds like a a a a g# g# g# e e C C C C a a a. Damn that resonant C to hell!

You put a compressor on it, drop the threshold down, get a nice bit of click to bring out the attack, and it evens the dude’s playing out until he hits that damn resonant C. And then the compressor smashes the crap out of things because that one note is so much louder than every other. And if you set the threshold higher to not hit the C that hard, then the compressor does next to nothing on all the other notes. Damn that resonant C to hell!

What you have to do is bring down that loud ass damn resonant C using an EQ first, and THEN run the signal through a compressor. Patch in a parametric EQ, set it to a narrow bandwidth (say 1/4 or 1/8 an octave), set the frequency to 65Hz, and cut by 6dB or so. Patch the EQ into the compressor, and now the compressor will respond to the signal much more consistently.

Where did the 65Hz number come from? That is the frequency of a C, 3rd string 3rd fret, on a four string bass that is tuned to A 440Hz.

So, if there is something in the frequency response of a signal that is excessive, then an EQ first is handy to nip out the crap before compressing it.

Cleaning up problematic sounds before compression is also handy for getting control over woofy sounding kick drums, spiky sounding cymbals and hi-hats, and midrange heavy vocals. You’ll find very often with vocals that high pass filtering them, or cutting, say, everything below 300 Hz with a shelving EQ (like 2 or 3dB worth of curt - doesn’t need to be a lot) will actually help the compressor work more effectively across the rest of the signal.

Compressor Last on the Stereo Bus, Sub Groups, or when Mastering

Probably all of you put a compressor across the stereo bus, or the master bus, depending on what you call it, for your final mixes. You might also be putting a compressor across each of your sub mix busses (the guitars bus, the keyboard pad bus, the vocals bus, etc.) This is actually a common application for the AIP.

In these applications, the compressor last in the effects chain seems to work better. Perhaps it has to do with how the EQ "pushes in" to the compressor. There's a whole bunch of vague things I could write here, but the point is it sounds better compressor last.

Ok, here is my theory: if you’re mixing, you’ve probably already fixed most of the glaring problems in the recording. You’ve already compressed tracks to even out performances, you’ve already gotten rid of resonances with EQs, you have levels balanced, you’ve done automating, and final compression is more about giving the whole mix a sound and feeling than it is catching hot moments in the levels.

When the compressor is last, the separation between the elements of the mix is clearer. I notice more details and overall I can "see" into the mix a bit better. With the EQ last in the mix chain, I've noticed that the whole mix is thicker, but more smushed together and sonically homogenized.

Compressor last in the mix bus chain also seems to tighten up the mix rhythmically - the "glue" people talk about. This is due to the main rhythmic elements - typically the kick and snare, being the loudest elements of the overall mix, and hence hit the compressor hardest and "drive" it a bit, causing it to sound tighter as the overall mix dynamics are changing because of the kick and snare pushing the compressor. Imagine if you grabbed the master fader and moved it a tiny bit on beat—you’ll get a rhythmically tighter mix. See how that works? You can even play with your EQ settings a bit to make a particular frequency range sort of “lead” the compressor.

This is a good thing to experiment with, whether you're mixing in the box or working hybrid. Flip the compressor and EQ around in the bus chain and see what sounds best to you. My rule of thumb, though, for overall bus processing, is to put the compressor at the end of things. 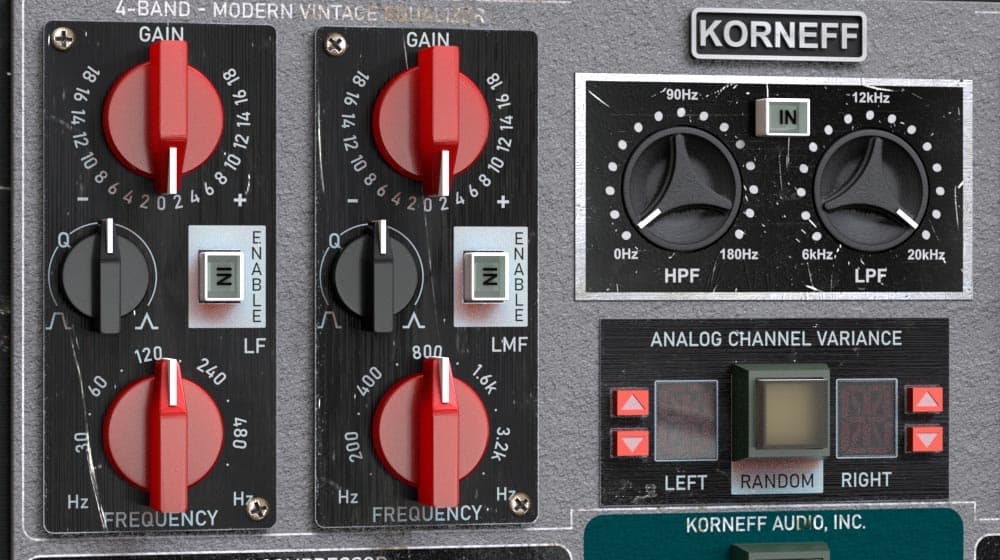 Filters, EQ, a Compressor... the AIP is your huckleberry.

Often things can get recorded that are beyond the range of speakers to reproduce, and often beyond the range of ears to hear. Low end thumps, perhaps caused by a vocalist taking a step while singing, or a resonant rumble caused by an air-conditioner, can get recorded and can be really loud, but basically unheard while you’re working on the track because your speakers just can’t quite get down there. But even though those low sounds can’t be heard, they still travel through your signal chain, and power and dynamic range is used up as equipment tries to reproduce a basically inaudible signal. This results in moments of distortion and overload that cause problems in audible frequency areas. Similarly, loud high end signals can do the same thing.

High and Low pass filters were originally put on console channels to deal with this sort of problem, and you should be using them to clean up crap that doesn’t belong. Reaching into the bottom end using a High Pass filter and getting rid of excessive lows, especially on instruments that simply do not have significant information way down there, will often tighten up things down there and make room for the instruments that do need authority down there. And the same thing goes for the high end: Low Pass off instruments and sounds that don’t extend meaningfully in the high end.

In fact, the old school way of doing things, which is a good idea still (and exactly how Dan Korneff, me, and loads of engineers approach a mix, incidentally), is to start by setting up pass filters on every channel and getting rid of what isn’t needed. You might be thinking that you need all the lows and highs of every instrument, and if you were to listen to individual channels solo’d out that might be the case. But in a mix, it all blends together, and space has to be shared. Bright keyboards with lots of high end will clash with the highs of vocals. Decide which part deserves the space and cut accordingly.

Once you get rid of the crap, run things into the compressor to even out the performance and perhaps add a bit of attack, then give it some polish with EQ last in the signal chain.

Remember that in all creative things, the main rule is that there are no rules. In audio, what sounds best is best. If you always put your EQ first, compress after and it sounds great, then excellent love sandwiches for you. I write these things mainly to give you ideas and inform your thinking, never to pin you down with rules and dogma.

So it does depend.... but usually the compressor goes first! Or last!